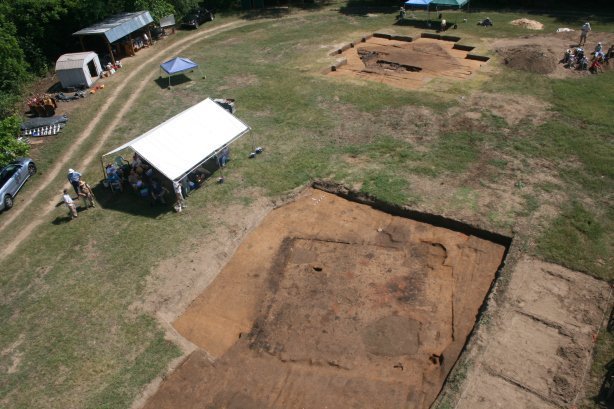 The Berry Site is an active archaeological site dating back to the 16th Century.  Archaeologists have identified the site as the location of the Native American town of Joara, which was visited by the Spanish explorers Hernan de Soto (1540) and Juan Pardo (1567).  In 2013, archaeologists confirmed that this site is also the site of the Spanish Fort San Juan, established by Juan Pardo in 1567. Fort San Juan was the first European settlement established in the interior of what is now the United States, predating Roanoke by nearly 20 years and Jamestown by 40 years.

In 1566, Captain Juan Pardo and his army departed Santa Elena (on modern-day Parris Island, South Carolina) to claim the interior of southeastern North America for Spain.  Spanish soldiers lived at Fort San Juan from January, 1567, until the Spring of 1568.  In June, relations between the Spaniards and the native peoples of Joara ended tumultuously, and the fort was burned and destroyed. 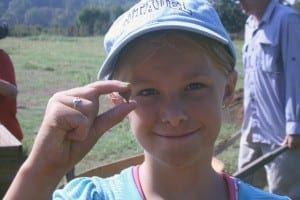 Archaeological fieldwork is conducted annually at the Berry Site in partnership with Warren Wilson College. The Exploring Joara Foundation partners with researchers at the Berry Site to offer summer camps and other educational opportunities to the public.

The Native American settlements visited by de Soto and Pardo and the forts built by Pardo are national and international treasures.  They are witnesses to American and world history and can never be replaced.  Help the Exploring Joara Foundation unearth the forgotten past by becoming a member or donating today!

Check out this video about Field Day at the Berry Site!


Here is a done’s eye view of the site during Field Day – very cool!

Members are the backbone of the Exploring Joara Foundation, and enjoy many great perks, such as:

Make a Donation to EJF

Send us an email and we'll get back to you, asap.